There is a distant and exotic mountain range in southern Mexico, where a plant with large green leaves, hollow square stems, and white flowers grows. This plant is salvia, known scientifically as Salvia divinorum. In the indigenous cultures of the region, it is used in religious ceremonies; but in the United States, it is finding popularity as a recreational drug. Questions of salvia addiction and withdrawal are being asked by both the medical and legislative communities, with much to understand about the surprising and unconventional substance. 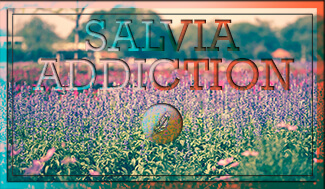 The Basics of Salvia 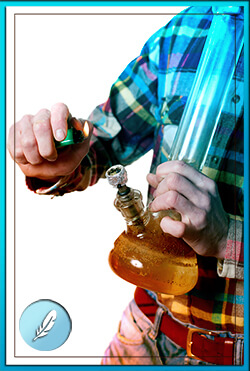 WebMD explains that people who consume salvia usually do so by chewing the leaves, extracting the juices and drinking them, or smoking the leaves (like cannabis). Other methods entail inhaling the vapors of leaves crushed in specialized water pipes.

Salvia’s use as a recreational drug is still relatively new; the co-chair of the medical-scientific committee of the National Council on Alcoholism and Drug Dependence says that it only started being noticed around the mid-2000s. It gained attention when people would record themselves taking salvia and going through its effects, and then post the recordings on social media platforms. The people in the videos got the salvia from online sources, as well as tobacco or smoke shops, sometimes paying $43 for two grams worth of two concentrations, or as little as $11 for a single gram vial.

And who are these people? According to the medical director of the Department of Children and Family Services of Los Angeles County, they are usually quite young – 10-12 years old – who combine their impulsive urges with the power of the Internet and a smartphone to latch onto one of the many social media crazes that they see in the virtual world around them.

What is there to record when someone takes salvia? Users report feeling giddy, bodily disorientation, and pseudo-amusing reactions. There is a loss of coordination and a sense of direction (not knowing up from down or left from right), and a sensation of floating or not being connected to the ground. It resembles an intoxicated state, but it is a form of hallucination, comparable to that induced by other psychoactive substances, that lasts for anywhere from an hour to two hours. Some users consume other drugs, such as alcohol, to heighten the experience.

The Nature of Salvia

The medical director noted that salvia is not a party drug, like MDMA (Molly), cocaine, or amphetamines. Those drugs stimulate people into periods of loud, frenzied behavior; a person taking salvia, on the other hand, will not be very active.

That puts salvia on the other end of the spectrum from stimulants, largely due to how it works when consumed. Salvia actives opioid receptors in the brain, similar to what narcotics (whether recreational, like heroin, or medicinal, like oxycodone) do. But unlike narcotics, salvia activates different opioid receptors; it does not trigger the receptors that induce feelings of bliss or euphoria that opium-derived drugs do, rendering salvia not as potent or addictive as those drugs.

However, since salvia is a hallucinogen (in the same category as LSD or psychedelic mushrooms, which contain chemical compounds that, when consumed, activate receptors in the brain that affect perception and thought processes), it can be unpredictable. This makes salvia potentially addictive, although there is no consensus (and not enough research and evidence) to say definitively.

The medical director believes that for most people, salvia use will be a phase. Someone with negligible risk factors – no family history of mental health or drug abuse, no easy access to other substances, and acceptable levels of stress or anxiety – will “typically do it once or twice,” he told WebMD. The risk is when a young person who does have problems in life – whether as a result of a dysfunctional family unit, the existence of mental health issues or substance abuse problems, or access to drugs and alcohol – will use salvia “as a bandage against their problems,” which can be the first step toward more dangerous drug use.

Teenagers may be especially susceptible to the lures of a drug like salvia, and this is reflected in the little data that has been collected on the subject. Monitoring the Future, the collaboration between the National Institute on Drug Abuse and the University of Michigan, found the following:

The US Drug Enforcement Administration notes that salvia is a “drug of concern,” but has no immediate plans to recommend to the Food and Drug Administration that salvia be one of the drugs added to the federal government’s Controlled Substances Act.

The National Conference of State Legislatures, on the other hand, reports that 21 states have introduced laws that control the flow of salvia, such as vendors not being allowed to sell the drug to customers under the age of 18 in California.

The medical and scientific communities have been very interested in the use of salvia, outside of its ritual origins and applications in southern Mexico. Newsweek writes that unlike a number of other drugs, the effects of salvia kick in almost immediately after consumption, which contributes to the popularity of the drug among teenagers who can record and upload a video of a friend on a salvia high in a matter of minutes. Dr. Peter Addy, a research associate at Yale University who has studied salvia for years, also notes that salvia is “particularly intense” and that comparisons to LSD (like those made by WebMD) are inaccurate.

While LSD and other psychoactive drugs generally induce similar effects in users, salvia is much harder to categorize. Different people, says Addy, have different experiences. Many might feel the sense of spatial disorientation, but others have reported feeling that they could “sense” colors through their skin. Some completely forgot that they had even taken salvia, having no recollection of why they were being evaluated by researchers.

Most common among salvia users was that they feel “interoception,” the awareness of the body’s own physiology (like being aware of your heart, your brain, and other internal organs). This corresponded with other effects like being unaware of surroundings, being disconnected from the physical world (like chairs and floors, the “floating” sensation mentioned earlier), and feeling the presence of nonexistent people.

Addy warns that “salvia is one of the most potent hallucinogens in nature,” but also notes that the drug could treat addiction to other substances. Animal experiments suggest that salvia decreases cravings for cocaine. This makes salvia powerful, says Addy, but not necessarily dangerous if it is taken under medical supervision. The problem is that with such loose regulation, and seemingly amusing effects, the people who are most likely to consume it recreationally (specifically, teenagers) will do so without any kind of care. The instantaneous and powerfully disorienting effects might compel some of them – especially those with underlying mental health or substance abuse concerns – to act in dangerous and unhealthy ways.

The Most Powerful Hallucinogen

The point is made by Vice magazine, which called salvia “uniquely terrifying.” Also quoting Dr. Addy, Vice said that salvia’s potency and psychedelic properties take it far beyond LSD, resulting in drug trips that are “intense and dizzying.” There’s no other drug that comes remotely close to the effects offered by salvia. The same tokens that can make it a dangerous proposition for a teenager or other young person can make salvia an option for treating people with addiction to opioids, anxiety, or even post-traumatic stress disorder.

It is in this limbo that salvia is a drug that, according to Dr. Addy, “very few people would consider to be fun.” For this reason, salvia has never made the rounds as a party or recreational drug, and it flies under the policy and legislative radar. 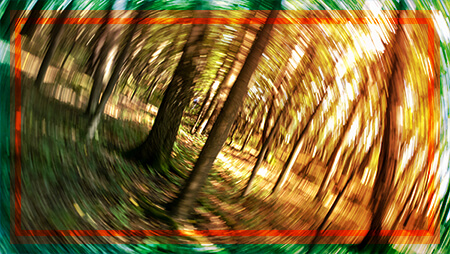 But that may change. Scientific American calls saliva “the source of the most powerful hallucinogen known,” which led to more government scrutiny being levied against the drug. There are calls to restrict the distribution of salvia, which members of the medical community feel would limit opportunities for research and study, especially as it pertains to using salvia medicinally.

Because salvia’s spread has been minimal compared to that of other drugs, the research on its use and withdrawal is scant. But salvia is nonetheless a drug – a drug so powerful that many people are scared off using it after just one experience, according to NPR – that it is all too easy to use to the point of becoming hooked on it, especially if a user has other mental and behavioral health conditions that increase vulnerability.

Signs of a dependence on salvia may include:

One of the insidious risks of salvia use is that, unlike more well-known drugs like cocaine or heroin, there is not enough research to pinpoint a timeline for withdrawal or the long-term consequences of its use. People who consume salvia could be taking a very unpredictable, powerful, and potentially dangerous drug, without any idea of what is happening to their bodies and minds.

According to the Drug Enforcement Administration, 750,000 people try salvia every year. A small study conducted by the Johns Hopkins University School of Medicine in Baltimore sounded a note of warning: While salvia will not cause significant physical harm, it has enough of an impact “that can mess with your mind.”