The American Society of Addiction Medicine (ASAM) reports that in 2014 around 2.5 million American adults battled opioid drug addiction. This includes both those suffering from heroin addiction and those addicted to prescription painkillers like Vicodin (hydrocodone), fentanyl, and OxyContin (oxycodone). Opioids are highly addictive in nature, and opioid abuse is noted as a national epidemic. At the time of the National Survey on Drug Use and Health (NSDUH) in 2014, close to 4.5 million adults in the United States were considered to be current abusers of prescription opioids and another nearly half-million were currently abusing heroin. 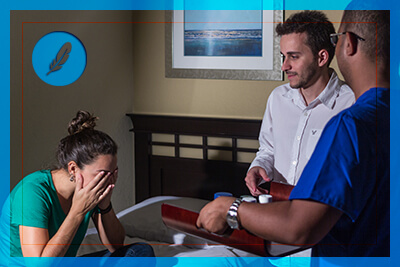 In the year 2000, the Drug Addiction Treatment Act (DATA) was passed by US Congress to increase access and treatment for narcotic dependence. Under the new law, qualified physicians are able to prescribe certain controlled, and FDA-approved, medications out of their offices to treat opioid dependence.

In 2002, the FDA approved buprenorphine as one of these medications, the Substance Abuse and Mental Health Services Administration (SAMHSA) reports. Buprenorphine is a Schedule III controlled substance by the Drug Enforcement Administration (DEA). According to the White House Office of National Drug Control Policy (ONDCP), there are three specific medications currently approved for treating opioid dependence:

Subutex and Suboxone are both brand-name formulations of buprenorphine used to treat opioid dependence that may be prescribed by qualified providers as part of a more comprehensive treatment program. The main difference between these drugs is the addition of naloxone to Suboxone.

Buprenorphine, like methadone, is a long-acting opioid agonist drug that remains active in the bloodstream for 24-72 hours, according to the DEA. This means that it works to keep opioid receptor sites in the brain full for an extended period of time. When someone abuses an opioid drug, these opioid receptors are filled, which creates a flood of “happy cells,” or pleasure-inducing neurotransmitters like dopamine, in the brain. When these drugs then wear off, levels of dopamine drop, and it can take time for the brain to restore previous amounts of the chemical messenger. Moods dip as a result, and drug cravings, along with a desire to recreate the “high,” may be intense. This is a side effect of opioid dependence, which can set in after repeated use of an opioid drug.

Opioid withdrawal can be both physically and emotionally difficult, as the brain and body try to rebalance themselves without the presence of opioids. Opioid agonist drugs like methadone and buprenorphine can then help to keep withdrawal from starting by keeping the opioid receptors filled up.

Subutex is a brand name for buprenorphine hydrochloride, which generally comes in sublingual tablets, the FDA publishes. Buprenorphine is considered a partial opioid agonist and does not fully activate opioid receptors, which means that it also does not create the same “high” that other opioids do, potentially making it less desirable as a drug of abuse. Another deterrent for abuse of buprenorphine is that it stops working after a certain level builds up in the bloodstream, or it reaches a plateau, meaning that even if people try to take more of the drug, it won’t have any additional effects.

Adding an antagonist to the formulation also makes it less likely that the drug will be abused. Naltrexone and naloxone are considered opioid antagonists that block opioid receptors from receiving more opiates. Suboxone contains both buprenorphine and naloxone that the manufacturer Indivior formulates into a sublingual film. Suboxone, and other buprenorphine/naloxone combination medications, contain four parts buprenorphine to one part naloxone, the journal Expert Opinion in Pharmacotherapy publishes.

The way Suboxone works is that the buprenorphine component fills up opioid receptors, just like Subutex does. The naloxone typically remains dormant unless the drug is altered and then injected, or if other opioids are introduced. In these instances, the naloxone component becomes active and effectively blocks the opioids from the receptors and induces withdrawal symptoms.

Both Subutex and Suboxone contain buprenorphine, which can be substituted as a longer-acting opioid agonist during addiction treatment. Drugs like heroin are considered short-acting opioids, meaning that more doses will be needed more often to keep the opioid receptors full. Buprenorphine can be used to replace other more potent and short-acting opioids, as it can keep receptors full for longer and with less agonist effects, making Subutex an ideal candidate for substitution during detox. Withdrawal symptoms and cravings can then be minimized without causing the intoxicating “high.”

Buprenorphine is still an opioid drug, however, and can still be abused and diverted from licit channels, requiring close monitoring and supervision while taking it. Buprenorphine products are not meant to be used as a single treatment modality but as part of a more complete addiction treatment program. When used in combination with behavioral therapies, counseling, and supportive measures, buprenorphine can be an effective tool for helping to manage opioid dependence.

Subutex, and generic formulations of buprenorphine, may be more useful during detox and early withdrawal, while Suboxone, and other combination buprenorphine/naloxone formulations, including Zubsolv and Bunavail, may be best used later in treatment. If Suboxone and opioid agonists are introduced while opioids are still active in the bloodstream, they may precipitate withdrawal, meaning the side effects will be more significant. For this reason, Suboxone is generally not introduced in an addiction treatment program until a person has sufficiently processed opioids out of their system, usually via medical detox. Suboxone is then beneficial in helping to prevent relapse and keep individuals compliant later during addiction treatment. Any abuse of opioids while taking Suboxone can induce difficult withdrawal symptoms and can therefore keep individuals from wanting to return to using opioids. 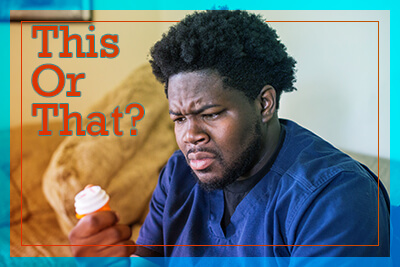 Both Subutex and Suboxone are useful medications for the treatment of opioid dependence as part of a program that also includes therapeutic methods. Highly trained and qualified healthcare professionals can determine at what point during treatment each medication is best suited for each individual.