A little girl who was injured and also had pneumonia was given the prescription painkillers oxycodone and hydrocodone by her mother and aunt. She died due to lethal levels of these substances in her body, and both women are being charged with murder for giving the 9 year old these drugs. Though she died in August, the mother and aunt were not indicted until this month after an investigation into the details of the girl’s death.

The loss of this little girl is a harsh reminder that under no circumstances should anyone give another person a prescription drug without the supervision and guidance of a medical professional. Though there is no indication as to what injuries the girl sustained or what the intentions of her aunt and mother were in giving her these potent drugs, the hope is that they were well-meaning and hoping to ease the little girl’s pain. Unfortunately, no matter what their intentions were, the end result was the loss of a young person’s life and potential loss of freedom for both of them if they are found guilty of the charges. 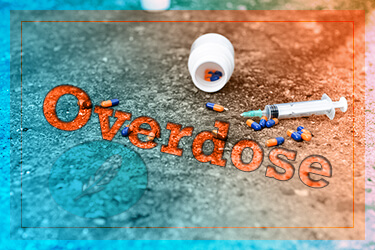 No matter what your age or medical difficulty, if you feel that you need painkillers, sedatives, or any other addictive medication, see a prescribing physician before you take it upon yourself to self-medicate. Similarly, if someone you care about is in pain or otherwise physically struggling, take them to the doctor before doing anything else. Doctors spend years studying the human body and continually keep up with changing information about prescribing practices, medication options, and treatments. It is their job to be in the know and make educated determinations about how best to proceed in practice.

This is not something that can be replicated with a quick Google search or time spent on WebMD. Even for people who work in the medical profession, it is necessary to go get a doctor’s opinion before attempting to take on the management of treatment for any issue where use of addictive drugs may be necessary.

If You Believe Someone Has Overdosed…

Unfortunately, there are some reports that say that the mother and aunt of the little girl had an appointment scheduled for her with a doctor on the day she died but, believing that she had taken too much medication and they would be in trouble, they took her home in the hopes that she would sleep it off. A doctor could have identified the signs of overdose in the child and saved her life, giving her naloxone, a medication that can disrupt the function of opiate drugs in the system almost immediately.

Immediate medical attention can be a lifesaver in the event of opiate overdose. In fact, no matter what the cause of overdose, the sooner the individual can get medical treatment that arrests or mitigates the impact of the drugs, the less overall damage there will be and the greater the likelihood of survival. If you believe you have taken too much of any substance or that someone you care about is experiencing an overdose, do not wait to call 911 for emergency medical help. The worst that can happen is that you were wrong and emergency care is not needed, but if you are right, you could save a life.

If you, or someone you love, have survived an overdose, take a moment and consider all that could have been lost. This is a huge moment and one that cannot and should not be overlooked. Rather than simply going back to regular drug use or saying nothing as a loved one continues drinking or getting high, seize the moment and take a stand. There is no clearer indication that it is time for change – immediate change – than a near-death experience due to overdose. Continued drug use means that it will happen again, and next time, the outcome may not be so positive.

The adrenaline, fear, and relief that come after surviving an overdose can be beneficial – a great push toward choosing change and choosing treatment. Make the day after overdose the first day of a new life in recovery and enroll in a detox and addiction treatment program immediately.