At 92 years old, Dr. Henri Wetselaar may not appear to be the average drug dealer, but when it comes to the diversion of prescription painkillers onto the street, he is – allegedly – one of thousands of doctors in this country who purposefully prescribed addictive medication with little to no medical justification. The goal? Money. These pills can go for hundreds on the street, depending on the type, and for the doctors who engage in the practice, it is relatively easy to write a script for cash on the side. 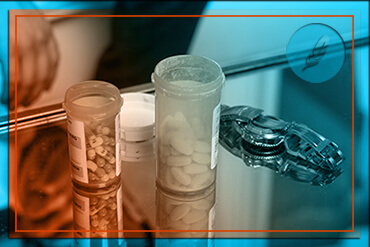 When an undercover agent sought “treatment” from Dr. Wetselaar for pain, the doctor would ask what medication the agent felt was appropriate, according to tapes played in court. Though the doctor required more visits for increasingly more potent medications at higher doses, it was not difficult for the agent to get whatever he needed over the course of treatment based on little but his requests and the assertion that other doctors had given him similar medications.

Dr. Wetselaar’s defense team addressed the accusations by saying that the reported prescription history presented by the undercover agent for his persona suggested that all prescriptions given by the doctor were legitimately warranted.

The Evidence Stacks Up

Even if it can be demonstrated that the undercover agent in the case did lure the doctor into prescribing heavy amounts of addictive medications easily, other testimonies, if substantiated, will certainly be difficult to defend against. In fact, it is not just Dr. Wetselaar who has been brought up on drug charges by federal agents; his medical assistant and a local pharmacist will also be in court to answer questions concerning their part in the alleged conspiracy to distribute oxycodone.

In order to support their allegations that Dr. Wetselaar made more than a quarter of a million dollars by charging $300 per visit that resulted in an oxycodone prescription – given, reportedly, in many cases without even a physical exam – prosecutors will be calling a drug dealer to the stand who alleges that she worked with Dr. Wetselaar and the medical assistant in question to procure painkillers for illegal sale.

According to her testimony, Dr. Wetselaar and his medical assistant would meet with clients in her home a couple times per week or she would refer “patients” to them. These “patients” were guided by her to claim that they had back pain, and she would give them the cash needed to buy an oxycodone prescription. The “patients” would then bring the pills back to her in exchange for a payoff that may include cash, pills, or a combination of both. She claims that she could easily fill the prescriptions at the pharmacy where the pharmacist (currently facing charges) would allegedly help her. She reported that there was a whole book maintained at the pharmacy to serve her “patients.”

No matter how the case against Dr. Wetselaar, his medical assistant, and the pharmacist shakes out, the fact remains that there is an addiction epidemic in southern Nevada, and addiction often starts in a doctor’s office. People with a legitimate pain issue – either due to an acute injury or a chronic problem – may seek out painkillers to help them manage, and doctors may choose to simply throw a prescription at the problem rather than attempt other methods first.

Last year, the Centers for Disease Control (CDC) released guidelines for prescribing opioid painkillers, emphasizing that every treatment measure other than painkillers should be thoroughly investigated and exhausted before painkillers are prescribed. Especially in the treatment of chronic pain, where physical dependence is frequently an issue and can contribute to the development of an addiction that includes psychological components, the CDC recommends taking advantage of treatments like physical therapy, nonaddictive painkillers, and other holistic methods to manage pain and decrease symptoms as much as possible before introducing the use of painkillers.

How do you think the issue of painkiller addiction and the risk of overdose should be managed by medical professionals as they seek to provide the highest level of care to patients who struggle with chronic pain? How much caution should doctors take in prescribing painkillers given that some patients may be living with an addiction and/or seeking to divert the pills to the black market?