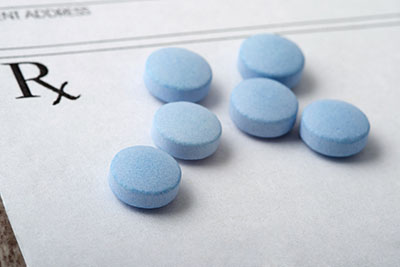 Adderall is a drug that is commonly prescribed for the treatment of attention deficit hyperactivity disorder (ADHD) in kids and adults. It is a stimulant substance that can be very effective in helping people who need assistance to focus and accomplish tasks that would otherwise be difficult.

However, Adderall is also a drug that has high abuse potential. People who do not require concentration assistance may use the drug recreationally and ultimately develop an addiction to it. Unlike other drugs that may be used simply to get high, many users of Adderall do so to increase their ability to accomplish more in a day, study harder or longer, and avoid sleep so they can hit tight deadlines or complete a large amount of work in a short period of time. The intent, however, does not change the outcome. Addiction to any drug is devastating; it can destroy lives no matter why the person started taking the substance.

Between 2006 and 2011, the nonmedical use of Adderall increased by 67 percent among young people, according to a study published in the Journal of Clinical Psychiatry – from 862 visits to 1,489 visits. Interestingly, the number of Adderall prescriptions written by doctors did not change during this time.

Additionally, NPR reports that admission to the emergency room due to misuse of the drug among people between the ages of 18 and 25 increased during the same period.

Dr. Ramin Mojtabai was the lead author of the study. Said Dr. Mojtabai in a news release: “The growing problem is among young adults. In college, especially, these drugs are used as study-aid medication to help students stay up all night and cram. Our sense is that a sizeable proportion of those who use them believe these medications make them smarter and more capable of studying. We need to educate this group that there could be serious adverse effects from taking these drugs and we don’t know much at all about their long-term health effects.

What You Need to Know

If you are concerned that someone you care about is living with a dependence on Adderall or using the drug nonmedically, here are some things you need to know:

Parents and Caregivers Make a Difference

Many parents may not realize when their child is diverting their prescription and selling the pills to classmates. As stated above, the child who uses Adderall recreationally is not often one who exhibits the usual signs of addiction – and neither is the child who sells prescription pills. Parents are encouraged to keep all medications in their possession with a close count of how many pills of any kind are available – no matter whom the prescription is for. The closer the parent is paying attention, the more quickly any misuse of pills will be identified and addressed.

The attention of a parent or caregiver will go a long way toward identifying drug-using behaviors early on, and it can be helpful in creating positive boundaries for everyone in the family. Parents can:

Adderall is not a harmless drug and its use among young people, even if the intent appears to be reasonable or at least understandable, is dangerous. Longstanding addiction issues, lifelong mental health problems, and cardiovascular risks are just a few of the dangers of using stimulant drugs nonmedically. If someone you care about is struggling with a stimulant addiction, learn more about recovery options today.