Field Drug Tests and False Positives: A Waste of Time or a Necessary Evil?

Field tests are commonly used by law enforcement in Las Vegas, a quick way for police officers to drop a substance suspected of being an illegal drug (especially methamphetamine, cocaine, and heroin) into a solution and see if it changes to a color that indicates that it is in fact an illicit substance and grounds for search, seizure, and arrest.

There is some concern, however, that these kits are generating an untold number of false positives. A 2014 report that was submitted to the US Department of Justice by the Metro Police Department outlined how the tests can generate false positives, according to the Las Vegas Review-Journal. In some cases, legal substances were found to create the same colors in the test that indicate illegal substances and sometimes officers in the field misinterpreted the results. Though there may be other options available, the police department in Las Vegas continues to use these tests. 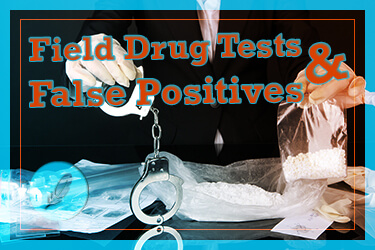 It is not an insignificant issue. There were 5,000 drug arrests made in 2015 by the Metro Police Department and 4,600 people were convicted based on the charges brought using the test results as evidence. Though there is no way to know how many of those were based on inaccurate test results, there is a concern that too many innocent people are going to jail.

Though there has been some push to stop using the tests for suspected cocaine and methamphetamine possession, there has been no movement on that front. Many are concerned that accepting these potentially faulty tests as the status quo may be harming individuals.

In Houston, prosecutors keep the evidence even after a person pleads guilty to a charge. In 300 cases, retesting of the field test results found that the initial positive results were false. That means that 300 people spent time in jail when they did not have to, many of whom had to live with felony convictions that marred their prospects and destroyed their lives simply because they pleaded guilty based on the evidence that a police officer presented to the court. As a result, the district attorney in Houston’s jurisdiction will no longer allow for guilty pleas in cases that are based on field test results. Instead, the crime lab must confirm any and all drug evidence taken in the field before it can be used in court in pursuit of a conviction.

The concern is that this is happening in Las Vegas with disastrous results due to the strict nature of Las Vegas drug laws. For instance, those who are accused of having even four grams of cocaine, methamphetamine, or heroin in their possession may also be charged with drug trafficking in addition to drug possession and therefore face even longer jail terms. Comparatively, federal law states that possession of 50 grams of methamphetamine, 100 grams of heroin, or 500 grams of cocaine may be charged with trafficking – and bail jumps from $5,000 to $20,000 with the increased charge.

Additionally, prosecutors are in no hurry to retest specimens, leaving people accused of drug possession in jail longer awaiting trial. For this reason, and because police and prosecutors often work hard to convince judges of the reliability of these tests, many choose to take a plea deal, accepting the punishment that comes because it is lesser than the prospective sentence after going to trial and being found guilty. In fact, many have reported that public defenders tend to encourage people to take the plea deal rather than push for retesting. It may be due in part to the huge caseload that each and every one faces – 200+ cases each, on average. Or it may be that they expect that most people are guilty and wait for the “offender” to push back and demand retesting to fight the charge if they are sure they are innocent. Unfortunately, it puts those who are innocent of all charges, but with no money to post bail in order to escape waiting in jail for sentencing, in the position of seeking the easiest way out of a bad situation.

Further Evidence That Addiction Is not a Crime

The problems with field testing are just some of the many issues in the drug arrest and sentencing arena. Many feel that addiction, characterized by possession of an illegal substance, is not a crime and that it is not effective to attempt to manage the problem through incarceration and legal punishments. With mandatory treatment rather than minimum prison terms, Las Vegas could see a true shift in court cases and an increase in people turning their lives around rather than struggling even more after arrest.

What do you think? How should Las Vegas address the issues of false positives and the need for treatment for substance use disorders?