Should Marijuana Be Reclassified? 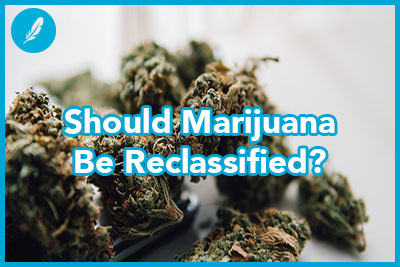 Currently, the US Drug Enforcement Administration (DEA) has marijuana classified as a Schedule I substance. This means that it is not legal for any purpose; it is highly addictive; and it is not approved for any medicinal use. States have been creating their own laws on the subject for the past few years; four states have legalized the drug for recreational use and 23 states and the District of Columbia have legalized the drug for medical use.

Perhaps as a result of the trend toward legalization of the drug and also in response to a letter sent by a group of Democratic senators that requested reconsideration, the DEA recently announced that in the first half of this year, they would decide whether or not to reclassify marijuana under federal law, according to the Huffington Post. There was no indication as to which way they are leaning, and it is unlikely that the drug would be made legal for use under federal law. However, changes to its current classification could mean:

The focus of the senators’ letter was not that the DEA legalize the drug federally but that they loosen restrictions so more in-depth research could take place on the use of marijuana for medical purposes. Because millions of Americans now have access to use of the drug for medicinal purposes, it is for their safety that the drug be explored and better understood in terms of how its use can impact the treatment and management of different disorders, according to the senators. Additionally, the senators point out that the government is in the best position to perform that research given the tools already in place that are currently collecting trend data across the country.

The DEA reports that the Food and Drug Administration (FDA) has provided them with a recommendation on the classification of marijuana based on a review of the current medical evidence available on the safety and efficacy of marijuana use but did not indicate what that recommendation was.

Said the DEA: “DEA understands the widespread interest in the prompt resolution to these petitions and hopes to release its determination in the first half of 2016.”

Many people disregard any federal statement on marijuana and its use given that so many states have essentially “overturned” federal policy by legalizing the drug for different uses for residents within its borders.

However, it does matter whether or not the federal government loosens up its restrictions of the drug, no matter what your views on legalization. The current status of marijuana means that there are heavy limitations on the scientific study that can be performed on the drug. It also means that the marijuana industry is something of a rogue run on a cash basis since so few are managing to obtain federal business loans to bank their new establishments. It means that there is little regulation standardization when it comes to use of the drug, and this impacts everyone in the state.

Consider for example the use of marijuana for medical purpose. There is no other medication in the world that is available only by prescription where the patient is handed a card to go into any establishment and purchase any amount, type, and quantity, and then told to take that medication based on perceived need. Marijuana is a mind-altering substance that creates impaired cognitive and physical ability, but there are no warnings to that effect required to be handed out verbally or otherwise by doctors, distributors (not pharmacists, as with other prescription medications), or any medical professional along the way.

If the federal government were to alter the classification of the substance, there would be some level of oversight that currently is not in place – oversight that would protect prescribing medical professionals, patients, family members of people taking the drug, and others in the community.

The opinion of the people on this issue is hugely important. People have a hand in deciding what they want in terms of their freedoms at home as well as their experience out in the community and the type of world they would like to pass to their children. Some are stating firmly that they believe marijuana to be safe enough while others stand strong against legalization.

There are few issues where Americans have stood up en masse and defied the federal government in certain parts of the country, or firmly stood in support of prioritizing the safety of their communities by maintaining the illegal status of marijuana.

Your opinion on the subject and how you would like to see changes unfold in response to the states where marijuana is currently legal and/or states where it is currently illegal matters. You matter. Elections are happening all over the country, and you are encouraged to take part – head to the voting booth and let your voice be heard.

In the meantime, if you, or someone you care about, are struggling with marijuana addiction, help is available. Learn more about marijuana treatment services that are available, and how you and your family can begin the healing process today.