Naloxone Offers a Reprieve, Not a Cure 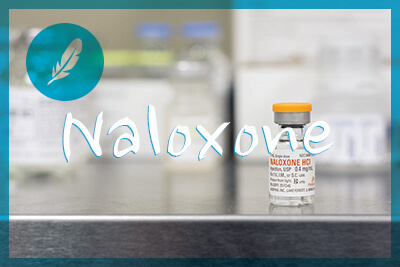 It’s a medication that has been called a miracle, the only medication of its kind to successfully subvert an overdose in progress. Naloxone or Narcan can be administered via injection or as a nasal spray, and it is very easy to use. Though those who need it will generally be unable to give it to themselves, if a friend or family member, paramedic or other first responder, or concerned citizen is nearby when overdose occurs and can administer the drug, a life will very likely be saved.

Miracle drug, right? Yes and no.

There are some caveats. Naloxone is not a “cure” for an overdose, per se. It works by essentially blocking opiate receptors from allowing the drug of choice (e.g., heroin or prescription painkillers) to attach, but it only performs this function for a finite period of time. Though the opiate drugs will continue to process out of the system as the naloxone’s effect lessens, alleviating the state of overdose, if someone takes more opiate drugs immediately after being revived with naloxone, they may return to active overdose as the naloxone wears off. Additionally, if naloxone is not followed with drug addiction treatment – detox assistance and long-term therapeutic intervention – the individual can overdose on opiate drugs the following day.

One dose of naloxone may not always do the trick. Fentanyl, a powerful synthetic opiate drug, is more and more frequently being used to lace street drugs. It is so strong that paramedics and other first responders who arrive on the scene of an overdose are finding that a single dose of naloxone does not bring the patient back; rather, two or three doses are often necessary to achieve the desired effect. This can be problematic for family members who only have one or two doses on hand.

Naloxone is exceptionally expensive. The makers of the drug have made it prohibitively expensive to buy even though in many states, the drug is available to consumers without a prescription. Not only has it impacted the ability of friends and family members to keep it in stock, but the price gouge has hit the budget of police departments, hospitals, and harm reduction organizations operating on a shoestring budget, making it harder to make the drug available when it is needed, especially if multiple doses are needed.

If another drug has been used in combination with an opiate drug and is responsible for the medical emergency causing the overdose, then naloxone will not be effective. It is very common for people who succumb to overdose to have taken multiple substance over time that added up to too much for their system to handle. If, for example, someone has taken too much crystal meth in addition to taking an opiate drug and experiences cardiac arrest or stroke as a result, then naloxone will not help.

For someone who is living with an active addiction, even though use of the drug will save their life in the event of an overdose, naloxone is not preferred by the person in crisis. Naloxone blocks all opiate substances from taking effect in their system. If a physical addiction is present, this means effectively being thrown into a vicious detox immediately. People may come out of the overdose experiencing vomiting, muscle aches and pains, horrible headaches, shaking, and more. Their response to the person who saved them may be aggressive or hostile, and they may feel driven to immediately take more opiates in an effort to combat the withdrawal symptoms.

Though study after study has shown that naloxone has saved tens of thousands of lives, new research shows that many who are saved by naloxone are dead within a year. Specifically, the study from Brigham and Women’s Hospital in Boston showed that among people given naloxone, 93.5 percent survived the overdose; however, only 84.3 percent of these people were still alive a year later. That is, those who survive an overdose due to naloxone have a 10 percent chance of dying within the year.

Dr. Scott Weiner is the lead author of the study and an emergency physician at Brigham and Women’s Hospital. He says that the study shows that naloxone is doing its job, however: “It doesn’t treat the underlying problem.”

Is your loved one at risk due to opiate drug use and abuse? Is another drug threatening to take their life this year? Though it is a good idea to have naloxone on hand, the surest protection from overdose is effective and comprehensive detox and addiction treatment.