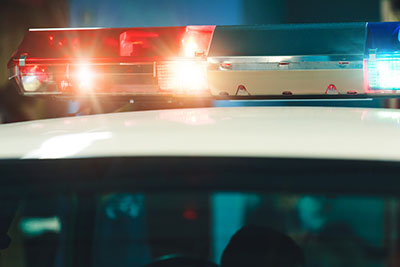 September is National Recovery Month, a time when organizations and communities across the country work to shine light on the problem of drug abuse and addiction, helping the non-drug-using community to better understand what it is they see on the street every day. The more people know about what is happening beyond their own backyards, the more likely they will be to recognize the epidemic of addiction that has struck our country and take action to create positive change.

But what exactly does it mean to educate the general public about what is happening in the community beyond the stories that end up in the paper or on the nightly news? What, if any, boundaries should apply? How far is too far, and is there even such a thing given the dire state of affairs when it comes to the devastating consequences of addiction.

Too Far or Not Far Enough?

When police officers in Ohio pulled over a man who was driving erratically, they likely did not suspect that the incident would end with the non-fatal overdose of the driver and front seat passenger, the second custodial change in less than two months for the child in the backseat, and a national scandal.

Ohio police officers posted a picture of the scene on Facebook: a picture of an SUV with two overdose victims in the front seat, one man and one woman, with a 4-year-old child sitting wide-eyed and somber in the backseat. They included the following caption:

“We feel it necessary to show the other side of this horrible drug. We feel we need to be a voice for the child caught up in this horrible mess. This child can’t speak for himself but we are hopeful his story can convince other users to think twice about injecting this poison while having a child in their custody. We are well aware that some may be offended by these images and for that we are truly sorry, but it is time that the no drug using public sees what we are now dealing with on a daily basis. The poison known as heroin has taken a strong grip on many communities not just ours, the difference is we are willing to fight this problem until it’s gone and if that means we offend a few people along the way we are prepared to deal with that.”

The photo went viral. Some understood why the officers made this choice: to promote awareness of the problem of opiate abuse, addiction, and overdose that is rampant, and something they see daily but still unrecognized by the general public. Others were outraged that faces were not blurred in the photo and saw the posted pic as an unnecessary humiliation of all involved.

What do you think? Was this a fair and necessary posting that may help to save lives or a public service announcement posted at the expense of the people involved?

A Cycle of Struggle

The personal and heartbreaking nature of the post demonstrates how heroin can not only destroy the lives of the users but also of those who love and need them. The woman in the front seat is the grandmother of the child. She had won custody of him only six weeks earlier, a battle that she reportedly fought for two years with her son, the father of the child, who was described by NBC News as “troubled.” Though it was mentioned in court during those proceedings that, in the past, she had issues with alcohol that resulted in arrests for public intoxication and disorderly conduct on two separate occasions, no one was aware that drugs, especially heroin, were a concern.

Juvenile/Probate Court Judge Thomas Baronzzi was the Ohio judge who had awarded the woman custody of the child. In an interview on the overdose and arrest incident, the judge said that the woman had been a constant presence in the child’s life. He continued, “There was never any indication she was involved in drugs. Had I known she was unreliable, I certainly wouldn’t have given her the child.”

Both the grandmother and the driver of the car are facing charges that include child endangerment. Though it can take up to three months to get a return on substance analyses, it is clear that both were under the influence of an opiate drug because both were revived from their overdose with the use of Narcan, a drug that can only reverse an overdose caused by use of heroin, painkillers, or other opiate substances. Meanwhile, the child is with his great aunt and great uncle a few states away.

Charges for public intoxication, driving under the influence, and possession, in addition to other drug-related charges, should be huge red flags and clear indications that use of drugs and alcohol has reached a critical point. Especially in cases like this where others could have been seriously harmed, if not killed, as a result of the choices made under the influence, the incident can and should serve as a wakeup call that immediate treatment is needed.

Is it time for you or your family member to explore treatment options before overdose, endangerment of others, or other harm results?