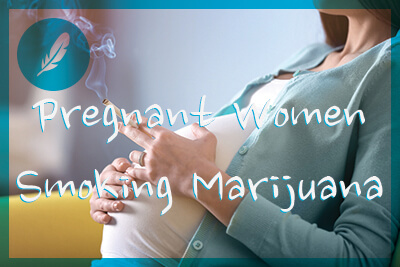 Across the country, rates of babies born addicted to opiate drugs have climbed along with the rates of opioid overdose deaths and addiction. While this issue has long been in focus for medical professionals in Nevada, the legalization of marijuana has had a startling and perhaps unexpected ripple effect that could impact our culture for generations: More and more women in Nevada, where marijuana is legal for recreational use, are smoking marijuana while pregnant.

The response to this phenomenon has been swift. The state of Nevada is launching an awareness campaign that highlights the health risks to newborns when expectant mothers smoke marijuana, set to release on television and radio in December.

Will the awareness campaign help to educate mothers on the risks of marijuana during pregnancy and while breastfeeding?

Though Nevada is only one of eight states that have legalized marijuana for recreational use in recent years, there is already concern mounting in these states that use among pregnant mothers is rising at an alarming rate. The studies of the US as a whole show that between 2002 and 2014, there was a 62 percent increase in marijuana use among pregnant women. This is an alarming enough statistic. But in neighboring Colorado, where marijuana was legalized in 2014, one hospital reports that the rate of new babies born with marijuana in their systems more than doubled from 2014 to 2016. In Nevada, before the drug was legalized, women self-reported use of marijuana at a rate of 5.5 percent – a rate that is actually likely to be far higher due to the fact that many women do not like to admit to substance abuse.

Dr. John DiMuro, Nevada’s Chief Medical Officer, is working hard to bring this problem to light for Nevada. He claims that recent hospital reports show that more mothers are using marijuana during pregnancy than ever before. It would seem that some mothers don’t think it is a risk now that marijuana is legal for recreational use; some are even using it to help control nausea.

The hope is that the awareness campaign will educate women who might use the substance without realizing it would put their babies in harm’s way. It’s also hoped that the campaign will limit the number of mothers who lose their children to the foster care system should law enforcement decide that levels of THC in a baby’s system warrant a neglect charge.

Right now, there is very little comprehensive research regarding pregnancy and marijuana use, and how use of the drug by a pregnant woman may impact the development of the fetus. This does not mean it should be assumed to be a safe practice. Rather, it is ethically impossible to run studies that follow the impact of marijuana on an unborn child because of the high risk of harm. We have no reason to believe that it would be healthy or even harmless given what we know about the impact of the drug on adults who are exposed to it regularly; thus, the recommendation stands in the medical community to avoid it entirely during pregnancy.

Screening questions are asked of women during their first doctor visits while pregnant, including whether or not they are using tobacco, alcohol, and other drugs. Though many women may not want to admit to drug use for fear of repercussions, the fact is that early intervention can help to ensure the pregnancy is as healthy as possible, and that the mother has all the information she needs to make safe choices and the medical support needed to take action if there is an addiction disorder in play.

Drug testing may be a next step. Currently, no testing for levels of THC in the mother’s system is mandatory unless she self-reports use of the drug or comes into an appointment clearly under the influence. However, that may change if the problem persists and other measures prove unsuccessful in lowering rates of babies born with THC in their systems.

Addiction and drug use negatively impact the whole family, no matter what the substance of choice, but when mothers drink or get high during pregnancy, it can be crippling to their child.

Is a young mother in your family pregnant and struggling with drug abuse of any kind? Help is available. The sooner she connects with medical treatment, the better for her, her child, her experience during pregnancy, and both of their experiences post pregnancy.