Should You Hire a Drug Dog? More Nevada Families Are

Should You Hire a Drug Dog? More Nevada Families Are

If hiring a drug dog seems extreme when it comes to determining whether or not someone you love is using or abusing marijuana, you may be increasingly in the minority in Nevada. More and more often, Nevada parents are hiring drug dogs to help them determine their teen’s use of marijuana and other substances, finding that it saves them time and worry.

One parent reported using the drug dogs to help her ferret out where her teen may be hiding the drugs. She said: “I just didn’t know where else to look.”

Owners of dog training centers note that since marijuana has been legalized in the state, the call for drug dogs has diminished but that increasingly clients include parents who are concerned that their teens may be abusing the drug. Although it is legal for people over the age of 21, it is not legal for any use for anyone under that age, and many parents are willing to go to great lengths in order to identify the problem as soon as it is suspected. 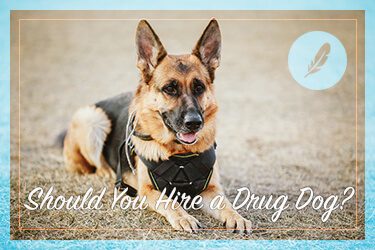 It is a valid concern, and it is likely that parental use of drug dogs to search out marijuana will increase if recreational marijuana does indeed become available for sale for recreational use on July 1 as currently planned.

One of the repercussions of legalization of marijuana across the country has been the increasing perception among teens that marijuana is safe for any use. Because adults are saying that it is okay for people over the age of 21, teens are translating that into thinking that it’s probably safe for them as well. The fact that regular use of marijuana is addictive, can contribute to deadly drugged driving accidents, and that use of the drug can cause a myriad of health problems, exacerbate underlying mental health conditions, and create social problems for users is rarely discussed with as much fanfare as the perceived “benefits.”

Parents who are concerned about how their teenagers are processing the legal debate over marijuana legalization can take some time to talk to their kids about it and help them to understand the risks. Some ways to make this easier and more effective include: