Is There a Marijuana Shortage in Nevada?

Is There a Marijuana Shortage in Nevada?

Recreational marijuana became available in Nevada this month, and within a few days, there was talk of a shortage in supply. People were waiting in 100+ temperatures for hours to be among the first to buy marijuana legally in the state. In the first few days of legal sales of the drug, an estimated $3 million in sales were generated across 40,000 retail locations.

At the end of the week, it was clear that the recreational marijuana dispensaries would not be able to keep up with the demand. Soon after, state officials released a statement of emergency, making accommodations to ensure the continued influx of product for consumers who use the drug either medically or recreationally.

Different from declaring a state of emergency, a statement of emergency provides for exemptions from current legislation in order to provide for an unforeseen “emergency.” In this case, it meant allowing medical dispensaries to sell marijuana recreationally, and limiting the restriction that allows only alcohol wholesalers to distribute the drug. With more retailers and an increase in distributors, the “crisis” was averted. Reportedly, about 100 marijuana growers have been licensed by the state to produce the drug, so now that there is a way to transport the drug from grower to buyer, there should no longer be a shortage. 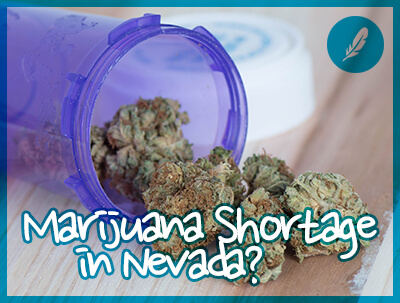 Taxes and the Public Good

The marijuana industry in Nevada is expected to bring in more than $1 billion in tax revenue over the next eight years. Instead of answering questions raised about risks of legalizing the drug for mass consumption and use, many point to this as the reason that legalized marijuana is necessary. In fact, the reason for the statement of emergency – rather than allowing the stores to run dry until more could arrive according to regulation – was that a loss of sales would mean that the state might not earn the $100 million planned for in this year’s budget, leaving a shortfall.

While it’s true that this is a large amount of money and that schools are expected to benefit in some amount financially due to the increased budget, there is a balance to consider. How will kids in school fare if their parents develop a drug problem due to heavy marijuana use? How will it impact them and their choices if their older siblings begin using the drug at a young age because it is so readily available? How will their lives change if they begin using the drug at an early age or are in a car driven or struck by a driver who is stoned? Will those kids be able to work and earn money that is taxed, make purchases that are taxed, and thus fund the state budget? Or will their health costs, social work costs, legal costs, and more add up to be far more than the state earned in marijuana sales?

There are a number of risks to consider before focusing solely on the financial aspect, and to point to budgetary concerns as the only important issue is to overlook a number of changes that will occur on a systemic level – that could cost quite a bit financially in the long run.

Does your insurance cover treatment for marijuana addiction?

Opinions of how best to manage the issue of marijuana legalization run on a spectrum. Some people believe that it and all drugs should be legal for any and all use. Others believe that no mind-altering substances should be available on the open market for recreational purposes. Most hold opinions somewhere in between, not wanting to limit freedom of choice for adults who are able to moderate their use while still protecting innocent people from the changes heavy use of the drug may bring to communities.

What do you think? Is there enough attention being paid to potential problems that might arise due to heavier use of marijuana? Is there monitoring in place to watch what happens as it happens so we can make an informed decision at the polls about how best to proceed? Or, are you watching your loved one who has long had a problem with drug and/or alcohol abuse carefully, waiting to see how and what – if anything – changes with the changing laws?

How are you responding to legal recreational marijuana in Nevada?