DUIs, Ignition Locks, and the Nevada Senate: What’s Next?

For decades, public service announcements have educated the public and increased awareness of the dangers associated with drinking almost any amount of alcohol and getting behind the wheel. Even having a drink or two before driving can impair driving ability, causing deadly or life-altering accidents as a result.

Though rates of drunk driving have significantly decreased as a result of this awareness campaign, people who struggle with alcohol use disorders, including alcoholism, may have ongoing difficulty managing the compulsion to drive while under the influence of alcohol. Law enforcement and the courts have long worked together to manage the problem, and this month, a proposed bill was unanimously approved by the Nevada Senate with the goal of helping them to do just that.

Senate Bill 259 was sponsored by a group of Democratic senators and representatives with the goal of requiring all who are arrested for drunk driving in Nevada to install an ignition interlock system on their car as a means of monitoring their level of alcohol consumption prior to being able to start the vehicle. The ignition interlock system would be required to remain installed for a minimum of six months for all arrestees, including those who are first-time offenders. Currently, the devices are generally only used for the purposes of monitoring repeat offenders and/or those with incredibly high blood alcohol content levels at the time of arrest. 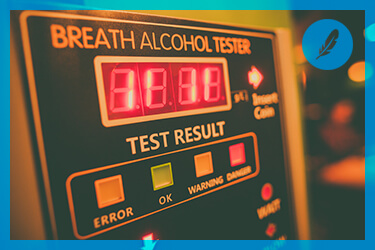 Senator Mark Manendo and Assemblyman Richard Carrillo were key in putting the bill in front of legislators. The bill was referred to the Corrections, Parole, and Probation Committee at the beginning of March and amended and approved by the assembly with a unanimous vote of support on April 25. The following day it was read for the first time in the senate and referred to committee for review.

If a person under the influence cannot get the car to start after blowing into the interlock ignition device, the hope is that they will find another way home, even during the time between arrest and their court hearing. According to Senator Mark Manendo, during the months that pass between a person’s arrest and their hearing, many who are arrested will continue to drive after drinking. Additionally, it was reported by supporters of the bill that statistics show that those who are arrested for DUI for the first time have often driven while under the influence dozens of times before their arrest.

The goal is that the ignition interlock devices will put a stop to repeat offenses and help people who are under the influence to recognize that fact and find another ride home.

If someone you love repeatedly gets behind the wheel after drinking, you do not have to stand by and let it happen. Mothers Against Drunk Driving (MADD) is a group that works to increase awareness about the problem, lobby for legislative changes, and help families to address the issue of drunk driving. They offer a number of suggestions to help friends and families keep people who are under the influence from getting behind the wheel, including:

Are you in support of the new bill requiring the installation of interlock ignition devices on the cars of people arrested for DUI? How else do you think the courts should respond to the problem?